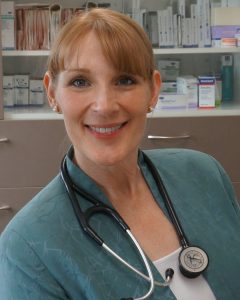 “Practising medicine is the best job in the world. I enjoy working with people of all ages, supporting the whole family while helping them make decisions that impact their health now and for the future.”

Dr. Nehren earned her medical degree in 1993 from Meharry Medical College in Nashville, Tennessee. She completed an additional three year residency and is board-certified in family medicine. After several years of working as medical director of a large community health center in Oregon, she decided to move to paradise and work in Kaitaia.

In 2013, Norma completed her New Zealand Fellowship with the Royal NZ College of GPs. Her areas of special interest include women’s health, headache management, and diabetes care.

In her free time, Dr. Nehren enjoys spending time with her husband and daughter, as well as hiking, squash, photography, music and computers. 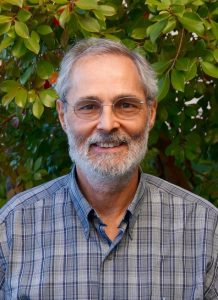 Peter started at Te Hiku with Kaitaia Health Centre in September 2016. He specifically chose to work in the Far North for a few reasons. First of all there is a tremendous need for GPs here.

He also liked the rural setting of Kaitaia and wanted to learn about the Maori culture and work with the Maori people. My wife Lisa and I liked the first eight months so much that we recently got a two-year visa so you are stuck with me for a little bit longer. Lisa has also enjoyed volunteering for Te Hiku and living in the Far North.

Peter has been working in family practice for the last 22 years. Before that he worked in emergency medicine for eight years. He has a specific interest in healthy lifestyle, diet, exercise and preventative medicine. Peter also likes doing minor surgical procedures of which there were plenty here in the far north with the sun exposure and skin cancers.

He graduated from Kent State University in 1976. Then taught high school for a year and then went to medical school at Wright State University in Dayton Ohio. Worked a one-year in general surgery internship and then worked in a very small town in southern Utah by a Native American Indian reservation for two years. After that experience Peter decided to go into family practice and become a GP. He’s also done some international medicine in Central America in Belize and Honduras and also in the Himalayan Mountains in India.

Dr Peter’s hobbies include most outdoor activities. He enjoys jogging, biking, tramping, sailing, tennis and ice hockey. When he goes home he loves working outside taking care of his farm in Maine. 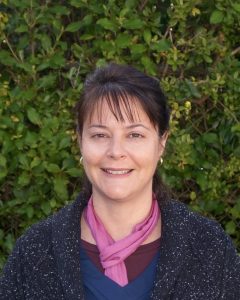 Tara Piech, MD, General Practice, Mamaru Clinic
“Dr Tara say’s this was a good choice for me and my family, being a doctor has its challenges but it is a very rewarding career. My day is spent directly helping others and trying to positively impact their quality of life.”

Tara was born in 1970 in California. She grew up in Peterborough, England from age 4 and considers this her home. She joined the US Air Force in 1988 and spent 4 years enlisted. In 1993 she attended the University of Rhode Island and graduated with a Bachelors of Science in Zoology in 1996.

Tara graduated with an MD from Uniformed Service University in 2000 then did a 3 year residency program in Family Medicine. She was an Air Force doctor for 15 years until 2015 when she retired. She then deployed to Iraq in 2006 and Qatar in 2011. We lived in North Carolina and Germany during that time she married Craig in 1998 and they have a son Evan.

They moved to New Zealand in August 2015 and became permanent residents a year later. We are building a home in Hihi and plan to settle down here. 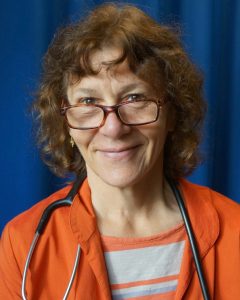 She joined us after having practiced in the United States as a board certified Family Physician since completion of her residency program in Kansas City Missouri. She graduated from Oregon Health and Sciences University in Portland Oregon and completed her New Zealand Fellowship with the Royal NZ College of GPs in 2013.

Kathy has been involved in physician education, holding the rank of Associate Professor of Family Medicine at Oregon Health and Sciences University. She has been active in leadership roles in her hospital as well as with the Oregon Academy of Family Physicians. Kathy has given presentations on physician education both in Oregon and nationally in the United States.

Kathy and her family are permanent residents in New Zealand. They enjoy sailing and fishing.

When not working, Kathy likes to spend time with her family, walking on the beach and playing with her dog. 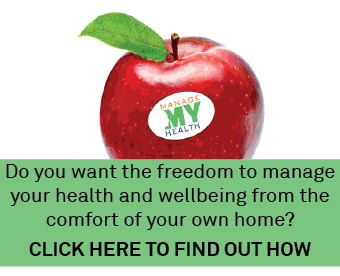 We are currently open for new enrolments.