Born at Kaingaroa east of Kaitaia in 1937 to parents Vivian Lauder Gregory of Ngai Tahu and Scottish descent and Tai Te Maru of Te Rarawa, Ngati Te Ao, Te Uri o Hina and Tahāwai descent. At that time a number of the Pukepoto people were working at the Kaingaroa flax and timber mills owned by Alfred Hibbs Long.

Bruce Craig Gregory attended the Pukepoto Native School followed by his secondary education at Kaitaia College.  He then went onto Otago University where he obtained his MBChB and went to work at the Thames Hospital.

Later he had the distinction of being the first Maori GP to practice in Kaitaia a role he held for over twenty years balancing western medicine alongside of rongoa. He then exchanged the small-town streets and dusty back roads of his rural practice for a seat in New Zealand’s parliament becoming the Member of Parliament for Northern Maori in 1981 after winning the seat due to the resignation of the late Matiu Rata.

There he championed the treaty that the Maori chiefs and the British signed in 1840. Considered New Zealand’s founding document, the Tiriti O Waitangi guaranteed Maori ownership of the land. “I had a sense of injustice,” he said explaining why he entered politics. “I felt that the deal hadn’t been honored.”

Dr Gregory aged 54 at the time, believed that efforts to win back some of his people’s natural treasures — land, fisheries and forests — are helping to restore their self-esteem as well. “The morale of the Maori people was so low, knocked left, right and center, because the treaty had not been respected. They were losing heart in themselves as a people and as individuals, failing to grasp opportunities. One result of this was poor health.”

During a speech in Parliament he stated “I stand here tonight as a person of both European and Maori origins. I say to the House tonight that I feel ashamed of my European origin because I believe that the Bill is an attempt to deprive a people of the rights that were theirs from the beginning of time; since their arrival. Some may even argue that Maori were always here. If we start examining some of the information before us, I wonder whether that is not true.

The Bill is supposed to be about human rights, aboriginal rights, and human decency. The Bill is supposed to be about justice, trust, universality, and the common sense of all New Zealanders. The Bill is about the rights of individuals and also the rights of the collective. In the collective sense I am talking about iwi—certainly in the sense of the Maori people. “
Although his time in parliament was low key, he subsequently played a role in gatherings of Tai Tokerau elders where he was known for taking often controversial positions.

After quitting politics in 1993 Dr Gregory returned to Kaitaia where he became actively involved in iwi health and politics. He was a member of the NZ Council of Social Services, the NZ Maori Council, Northern Advisory Health Committee, Kaitaia College Board of Governors, Far North Regional Museum, Chair of Taitokerau District Maori Council, founder of the Far North Credit Union, Member of M.A.P.O and Maori Health funding and support agency and Chair of Te Taumata Kaumatua o Ngapuhi Nui Tonu.

Dr Gregory was very much involved in the foreshore and sea bed debate and was involved in a number of trusts that encouraged young Maori through te reo, history, rongoa along with arts and crafts. He was also involved with Maori Language research with the Sir James Henare Research Centre at the Auckland University.

With an interest in music, Dr Gregory studied the playing and manufacture of traditional Maori musical instruments at the Dunedin Museum. He also met with Richard Nunns an accomplished player and manufacturer of koauau.
Dr Gregory was an enthusiastic writer of nonfiction articles and poetry, he was well known for his vociferous letters to the editor that left the reader wondering what on earth he meant. His favorite target was another letter writer, L R Martin to whom Dr Gregory would regularly challenge.

Dr Gregory was not a man to blow his own trumpet and often used the whakatauaki. Ko te kawau anake e whakahua ana i tana ingoa .. ko au ko au ko au (It is only the shag (kawau) that cries his own name. It is I, it is I, it is I.)
In 1977, Dr Gregory carved and presented “Te Kotahitanga o Ngā Hapū o Te Tai Tokerau i runga o Mataatua” to the dean of the Medical School, Professor David Cole. This Tokotoko is for use by the dean and successive deans.

A new waka named Tinana was built for the commemoration in 1990 of the 150th anniversary of the Treaty of Waitangi. The only outrigger canoe built at that time, it was made from two kauri logs set aside about 20 years previously by Dr Gregory.

In 1984 in line with his interest in Maori art, Dr Gregory attended the Te Maori Exhibition in New York.
Kaitātaki Tane (Male Leader): Dr Bruce Gregory Trophy. This trophy was presented by Dr. Gregory as a gift from the heart and was intended for Māori who devote enormous time to Kapa Haka.  The trophy was his contribution to the traditional Māori performing arts and the pursuit of excellence.

When the new additions to the Kaitaia Hospital were opened, some travelled from as far as Te Hapua and Te Kao, leaving at 3am to attend the dawn ceremony. The hospital is the only one in the country with a whare nui. Dr Gregory organised and helped with the carvings for the whare, some of which were done by Duncan Kapa along with other carvers.  Dr Bruce was one of the committee that had decided that tupapaku were not to lay in the whare overnight, however, due to the mana and respect for Dr Gregory, he was allowed to lay there until the following day when he was taken to his home marae.

In 2000 Dr Gregory became a trustee of Te Hauora O Te Hiku O Te Ika. During his term on the Board, Dr Gregory was passionate about Māori health and the employment of Māori to look after Māori. He advocated for the employment of Māori medical and non-medical staff to care for the needs of Māori on the basis that Māori were best suited to take care of the needs and well-being of their own people His vision was for Māori to become financially autonomous rather than rely on government funding to improve their health and well being. In 2001, after the establishment of the nurse led Maranga Mai Clinic based at 49 Redan Road, the natural progression from there was to establish the Trust’s own GP Clinic, with the eye ever on the future, to expand by purchasing local GP and dental practices. 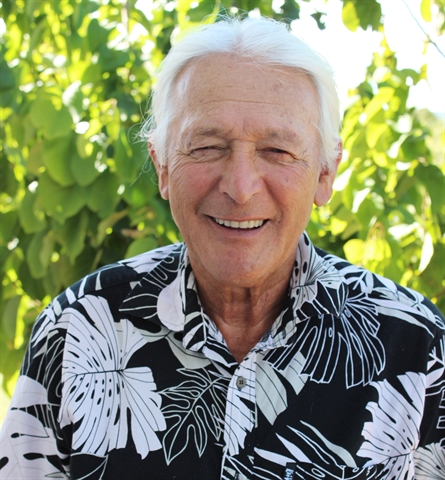